Kampala, Uganda/November 3, 2019 – XENO has received recognition from the Harambe Entrepreneur Alliance for its groundbreaking innovation by winning the Harambeans Wharton Prize. XENO also placed third (out of over 450 startups) in Wharton Africa Business Forum’s New Venture Competition 2019 that took place on November 1, 2019 at the Wharton Business School in Philadelphia.

Harambeans are young African innovators in the *Harambe Entrepreneur Alliance* who have spawned tech-enabled ventures such as Andela, Flutterwave, Yoco which have collectively attracted over U$ 400 million from investors such as Google Ventures, Chan Zuckerberg Initiative, Alibaba, and reached a combine valuation of over U$1 billion.

Mr. Okendo Lewis-Gayle, the Founder and Executive Chairman of Harambeans, congratulated Aéko Ongodia, the Founder and CEO of XENO. The Award is a celebration of African teams with a proven record of execution – entrepreneurs capable of meeting, weekly, monthly, and quarterly targets in spite of seemingly insurmountable obstacles. Innovators determined to transform Africa’s challenges into opportunities of tomorrow.

At the Award ceremony at Wharton Business School in Philadelphia, Mr Lewis-Gayle encouraged Aéko, as he encounters the inevitable trials and tribulations of the entrepreneurial process, to hold firm the promise of the Harambe Declaration “Yet in the end, the Africa our generation desires can be won, it exists, it is possible, it is ours.”

Mr. Ongodia will be admitted into the Alliance after participating in the Harambeans Symposium at Harvard University and Bretton Woods Symposium in April 2020. 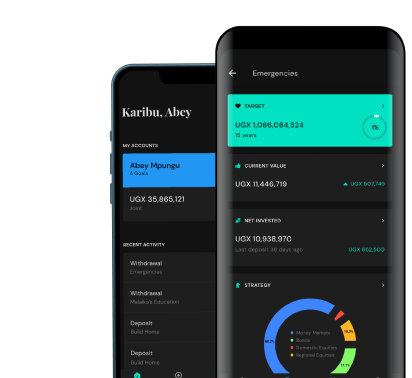 XENO and our partners execute your investments using a diversified portfolio of unit trust funds ensuring the highest standards of ethical and professional conduct.